Two missionaries received an invitation from the Russian Department of Education asking them to take charge of teaching ethics and morals based on biblical principles in their public schools.

They would also take their teachings in prisons, hospitals, Police and fire departments and orphanages.
Everything went according to plan, until they went to the city’s orphanage. There were about 100 boys and girls who had been abandoned, abused and left in the state’s hands.

Christmas was approaching and those children would be hearing for the first time what Christmas really meant. They were told them the story of Joseph and Mary when they arrived at Bethlehem: that there were no rooms in the inns, so they had to go to a stable, where the baby Jesus was born and put into a manger.

As they heard the story, the children and the orphanage’s empoyees could not contain their emotion and amazement, some were sitting on the edge of their seats trying to capture every word.

Upon finishing the story, they gave the children pieces of cardboard so they could make a manger. Each child was given material, colored paper and everything necessary in order to finish the project, and they following instructions, carefully cut and folded the paper in order to simulate straw. With a few pieces of cloth from an old dress a lady had forgotten, the swaddling clothes were made for the baby. From a brown piece of felt that the missionaries had taken they cut out the figures of the shepherds that had visited the baby and all the characters in the scene. While the children were busy assembling their mangers one of the missionaries walked around looking to see if they needed any help.

Everything went well until I got to where little Yakim was sitting staring with great emotion his finished manger. He appeared to be about 6 years old. When I looked in the manger I was surprised to see not one but two babies. I quickly called a translator to ask him why there were two babies in the manger.

Yakim crossed his arms and looking at the manger began to relate the story in a solemn way, for it being the first time a child had heard the Christmas story, the description was extraordinary, but the amazing thing was when he began to tells us the part when Mary put the baby in the manger. It was at that moment I had the opportunity to ask him: who is the other baby close to Jesus? Yakim with a serious imagination, began to explain it to us.

When Mary left the baby in the manger, Jesus looked at me and asked if I had a place to stay. I told Him I had no Mother or Father or a place to stay. Then Jesus told me I could stay there with Him, but I told Him I couldn’t because I had no gift to give Him. But then it occurred to me that a good gift I could give Him would be warmth. That’s why I asked Him, “If I give you warmth would that be a good gift for You?” Of course, that would be the best gift you could give me.

That is why I climbed into the manger and laid down at His side, at that moment Jesus looked at me and said that I could stay with Him forever.

When littleYakim finished his story, his small eyes shone brightly filled with joy and with emotion as if that thought had become a reality. He covered his face with his hands and sobbed with a deep feeling of emotion because for the first time he had met somebody who would never abandon him or abuse him. Someone who could give him an unconditional love, and would be with him forever.

Thanks to Yakim,I learned a lesson that I would never forget and that all of us could live, without ever having been orphans, abandoned and abused.

Our living a comfortable life, surrounded with our loved ones, friends, being loved appreciated and respected, all, without exception need to be close to Jesus so we can share that warmth with which we will receive love, peace, acceptance and above all, we will find our place in life’s scene. 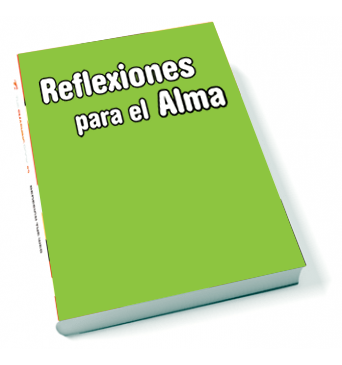